MS affects people of all ethnicities and ancestral backgrounds. Although we don’t fully understand why people get MS, we know that genes play an important role.

We are working in collaboration with Queen Mary University London to help them recruit to their nationwide research project called ‘The ADAMS study’
This study aims to understand how genes cause Multiple Sclerosis in people from different ethnic backgrounds.

Large genetic studies of White people who come from European backgrounds have shown that there are many genetic variants which can increase someone’s risk of getting MS.

We know much less about how genes influence MS risk in other ethnic groups. Tackling this important question will help us to understand what causes MS and will hopefully lead to better treatments in the long-term.

Ben Jacobs, one of the leading researchers on the Adams study tells us more:

Although no one understands exactly why some people get MS, it is clear that both your genetics and your environment play a role. There is no such thing as a single gene that causes MS – if this existed, this large study from 2005 would have probably found it. Instead, changes in hundreds or maybe even thousands of genes are likely to incrementally affect your susceptibility to MS, each by an individually-small amount. It is probable that some individuals are more or less susceptible to the disease due to their genetics, but that a further ‘hit’ is required to cause the disease. The interplay between genetics and environmental hits in the early stages of MS are not well-understood at all.

Amazing collaborative efforts by the International MS Genetics Consortium (IMSGC) have found 233 hotspots in the genome where variation can increase your risk of MS. However, with a couple of exceptions, the mechanisms linking these gene hotspots to MS remain elusive. Understanding how these genes increase the risk of MS might lead to a better understanding of the pathways involved. This understanding could reveal better drug targets for treating, or perhaps even preventing MS in the distant future.

Most efforts to understand the genetics of MS have focussed on individuals with European ancestry. As a research community, it’s incumbent on us to ensure that we broaden participation in MS genetics studies to include people from all ancestral backgrounds. There are strong arguments for doing this from a purely ethical standpoint – encouraging representative research ensures that any downstream benefits from this kind of research are enjoyed by everyone with MS equally. Failure to include individuals with non-European ancestral backgrounds in MS genetics research – and medical research more generally – risks exacerbating healthcare inequalities by limiting the generalisability of these insights.

But in addition to the ethical case, there is a strong scientific case for improving the representativeness of MS genetics research.

Each of us has about 3 billion letters – one of ‘A’, ‘C’, ‘T’ or ‘G’ – in our genome. Of these letters, only about 10% actually differ at all between individuals. These sites – where individuals may differ in which letter they have – are called ‘variants’. People from different ancestral backgrounds have slightly different genetic variants from each other. This ancestral diversity probably came about after a massive migration event out of Africa ~60,000 years ago. Since then, humans have spread all over the globe, taking their unique genetic background with them. As well as having slightly different sets of variable letters, different ancestral groups also have different correlations between letters: an ‘A’ at one position might always be inherited with a ‘T’ at a nearby position in European populations, but not in South Asian populations.

As a result, studying MS in different ancestral populations has several advantages. It may uncover new risk variants within known genes (or even within new genes) because these variants are either ‘monomorphic’ – i.e. always the same letter – in European populations or too rare to detect. It may also help to clarify how changes in the genome lead to MS, as information from different populations can be used to ‘triangulate’ the signal. These advantages were illustrated by a beautiful genetic study of MS risk in the Sardianian population, which is genetically distinct from mainland European populations. This study uncovered a new variant associated with MS risk, and this led to a better understanding of how the B cell survival factor – BAFF – plays a critical role in MS. This finding was possible because the variant discovered was too rare in English, Italian mainland, or Swedish cohorts to detect.

There are many other scientific arguments for studying MS genetics in diverse ancestral groups which I will explore in future posts. I hope I’ve convinced you that doing this work has the potential to benefit everyone with MS, including people from European backgrounds.

We’re trying to understand how genes contribute to MS risk with an emphasis on people from non-European backgrounds. Our study – the ADAMS study – launched in November and is recruiting right now. If you have MS and you identify as having non-European ancestry, we need your help.

Participants who are eligible to take part will see the Adams consent form and Participant Information Leaflet on the Hub page when you log in. If you consent, you will be sent a saliva kit in the post for you to provide a saliva sample.

Ben Jacobs is a neurology registrar training in East London and a researcher at Queen Mary University of London. He is currently doing a PhD supported by the MRC and the MS Society. His PhD project – the ADAMS study – is asking whether the genetic architecture of Multiple Sclerosis differs among different ancestral groups. 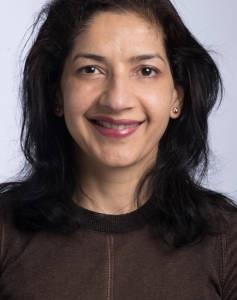 Guest Blog: Nutrients and fatigue in MS – synopsis from a recently published paper.

The UK MS Register and the ECTRIMS 2022 Conference